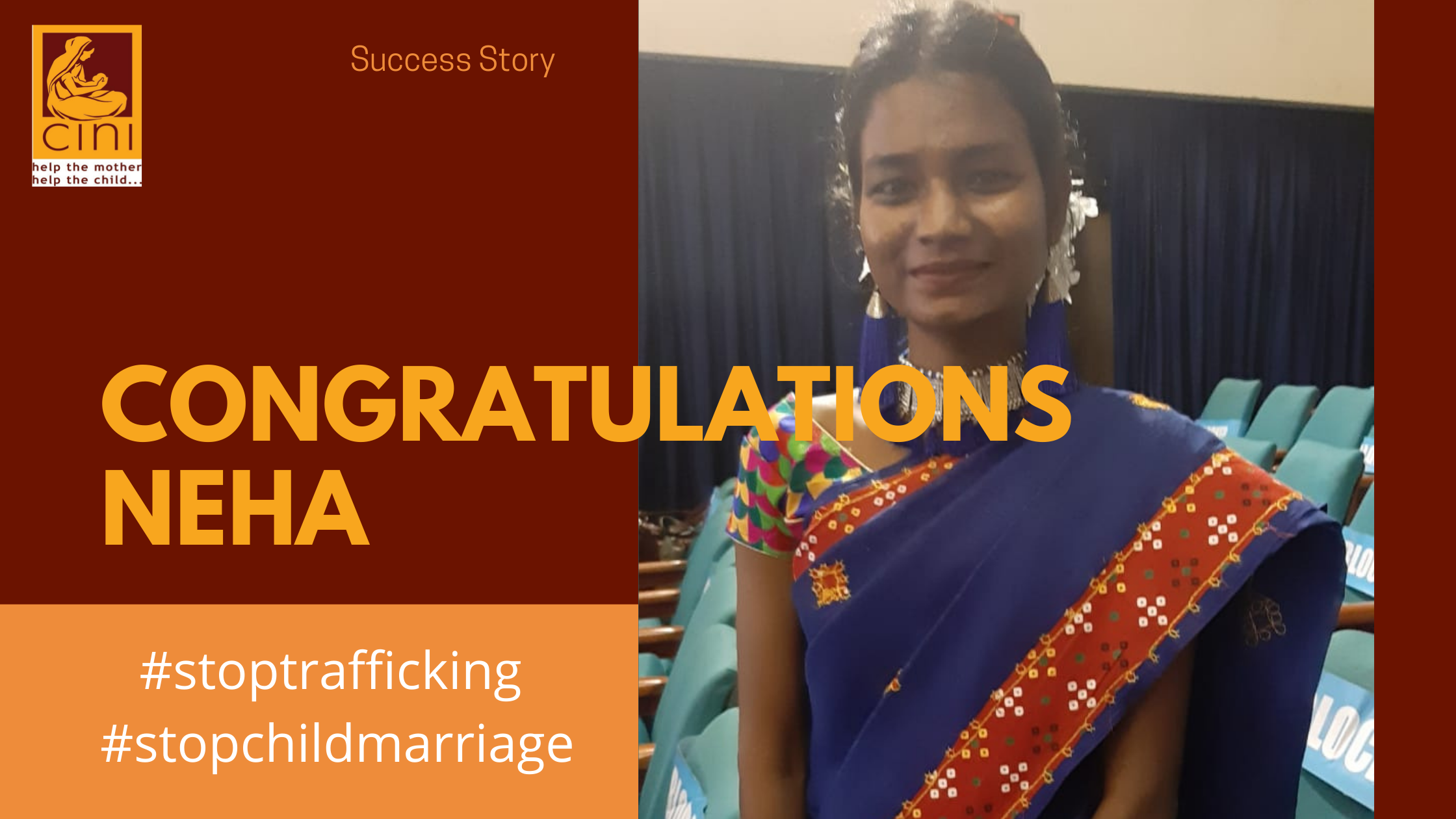 Neha Chik Baraik has won an award from the West Bengal State Government for her role in stopping trafficking in her community in West Bengal.

Neha is a 21 year old CINI Community volunteer and Peer Leader living in the Kumargram Block of West Bengal. For years Neha had been a beneficiary of CINI herself receiving educational support within her community. Due to her experience, she decided to support CINI by being a Peer Leader after her graduation.

In January 2022 Neha became aware of a 16 year old Farjana (name changes) from Turturi Tea Garden who was planning to leave for Delhi on her own. Neha immediately knew that the traffickers had got to Farjana and she went straight to see her. Farjana had been promised a job in Delhi as soon as she arrived and her family who were in desperate need of the money had agreed to let her go. Through her experience with CINI and other girls in similar positions Neha knew that Farjana would be trafficked in sexual or domestic slavery.

Neha was able to explain the terrible risks of the situation  to Farjana and her family that it was likely that she would be immediately sold in slavery and be at risk of horrible abuse. They would never see any money from their daughters job and potentially never see their daughter again.

After many days of speaking to them, the girl and her family decided not to send her to Delhi; Neha’s then took it upon her help to help Farjana rejoin school, which she had left, and help her to continue with her education.

The principal reason for the family and this girl’s decision to go to Delhi was abject poverty, with only one family member earning money to keep the family. In fact post-COVID many poor families living in the  tea gardens on meagre wages have struggled to meet their basic needs.

Neha played a vital role in preventing Farjana from going to Delhi, and she had enough presence of mind to keep the authorities and Childline (1098 helpline service for children) informed about the case and the eventuality where she might need help. It was Neha’s knowledge of the support services and law of India that allowed her to keep Farjana safe.

Neha was a member of CINI’s Children’s Group in Turturi Tea garden, Kumargram Block, Alipurduar District under  our “100 Villages Child Protection and Trafficking Programme” from 2017. She had actively participated in all programmes of the project, and was very much involved in the initiation of the Child Friendly Corner in Tutruri Khanda Gram Panchayat (rural local self government in India). After reaching 18 , Neha became  an active volunteer with CINI, and has been very vocal about Child Trafficking and Protection issues in the area.

We need girls like Neha to stand up for what’s right, advocate for change and support other girls to stay safe.

No comments to show.